We breed them well and sell them well! 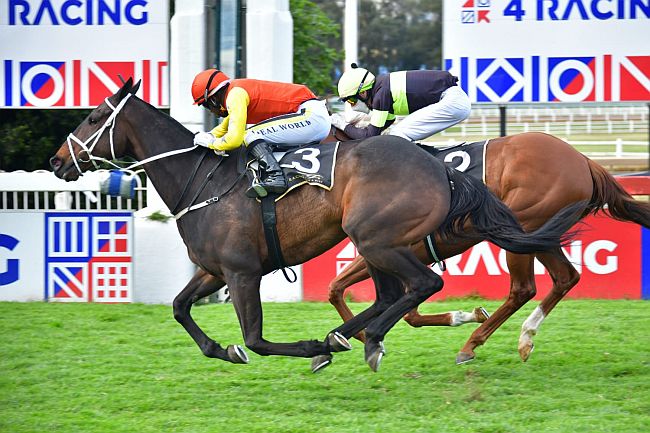 Heversham Park breeds good horses and we sell our own runners well, too!

Our former stalwart Golden Pheasant (Antonius Pius) won five races with 10 places for us – he was trained in turn by Darryl Moore and Corne Spies, before we sold him on to a syndicate of owners for R80,000.  Now with Barend Botes, he has had three places since and also an excellent win in a MR Handicap on Saturday (photo), recovering his purchase price for happy owners.

Another example is Battle Of Alesia, a colt by Vercingetorix raised on the farm and raced four times for us, for four places. He was sold on to Paul Peter and his owners, for whom he won quickly won a race and placed in the Gr2 Dingaans before being sold on to Mauritius where he recently finished second to top class Nourbese and is set to win his fair share of races on the island.