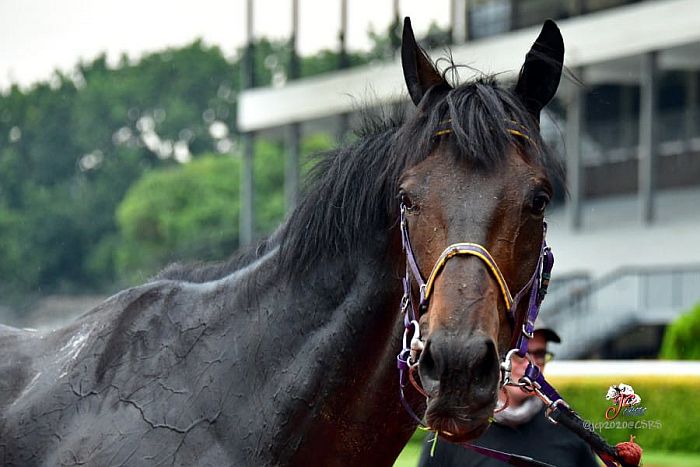 WITH three wins and two places from seven runs in the last two months, six-year-old Golden Pheasant has certainly turned the corner. He brought us an early Christmas present on 10 December and another after New Year.

He won again at Turffontein on Sunday, 10 January, this time in a strong Pinnacle Plate over 1400m.

He was weighted to gallop and did so with ease, looking like a winner fully 400m from the line and moving up strongly to challenge under Muzi Yeni.

Said Yeni: “He cost himself last time, he’sa big horse, quite easily intimidated and I think (his conqueror) Whorly Whorly did that last time. But he loves the going soft like this, won well and well done to the owners.”

Assistant trainer Francois Naude said that he was surprised that Golden Pheasant has held his form so well, so long. “He was in his strongest field today and is obviously enjoying his racing.”

Part-owner Nigel Riley of Heversham Park commented: “Corne has done very well with this horse. We’ll probably bring him back to the farm, put him in the paddock for winter like we did last year and he came back a better horse.”