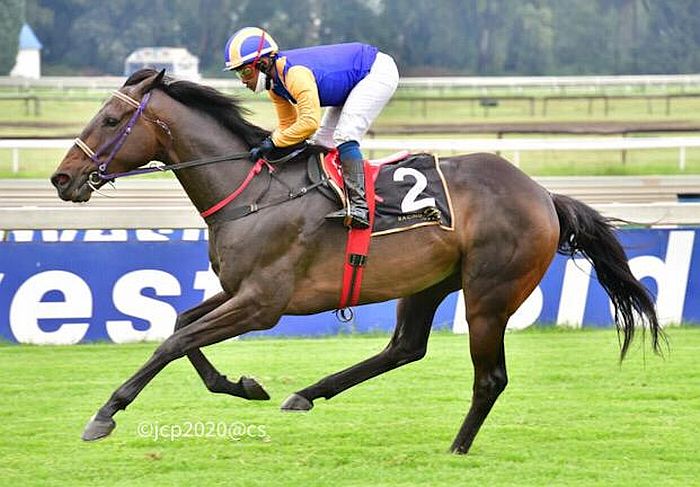 JUST a few days after finishing fourth in the Vaal Grand Heritage over 1475m at the Vaal, Heversham Park’s iron horse Golden Pheasant posted a fluent win a MR 93 Handicap over 1600m at the same vanue.

He was wasy to back at 6-1, under top weight, but fully 300m out – by the way he was moving – it was clear that he’d be hard to beat. He duly won going away for Muzi Yeni, the winning margin 2.5o-lengths.

Francois Naude, assistant trainer to Corne Spies, said: “He pulled up very well after Saturday, he ate well and his coat was beautiful, so we left him in and he proved his class and well-being.”

Golden Pheasant, by Antonius Pius from Kokkewiet, is now 5 wins from 22 starts, with R380,000 in stake earnings. 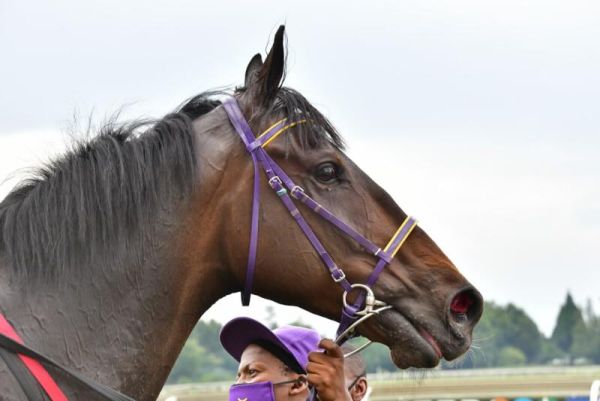 Fresh as a daisy after his win!