A win full of merit! 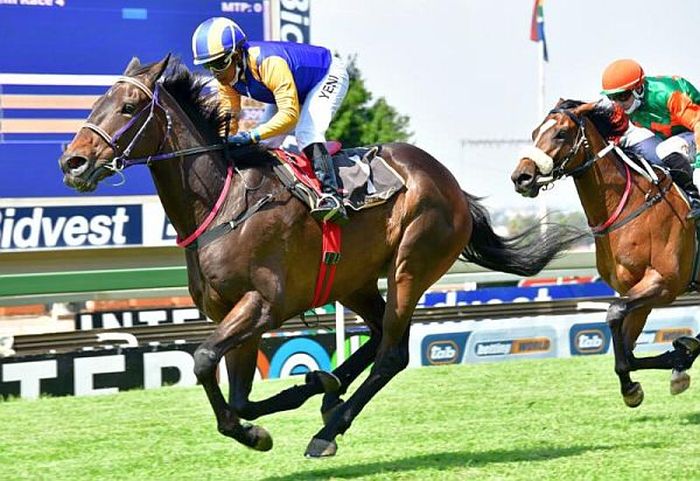 JOCKEY Muzi Yeni rode Heversham Park-owned Golden Pheasant to a good win in a competitive Progress Plate over 1600m at Turffontein on Saturday.

Golden Pheasant, by Antonius Pius from Kokkewiet, bagged the race with little fuss after coming from just off the pace, winning by 1.75-lengths.

Trainer Corne Spies, who had recently acquired the six-year-old, commented: “Golden Pheasant’s been doing well with us, he is a strong horse who can win again.

“He ran second to what looks a decent three-year-old last time and beat a good field today, including our own star filly Cockney Pride, who got baulked in a seven-horse field!”

Yeni confirmed: “The good three-year-olds are hard to beat at this time of year so this was a win full of merit Well done to all.”