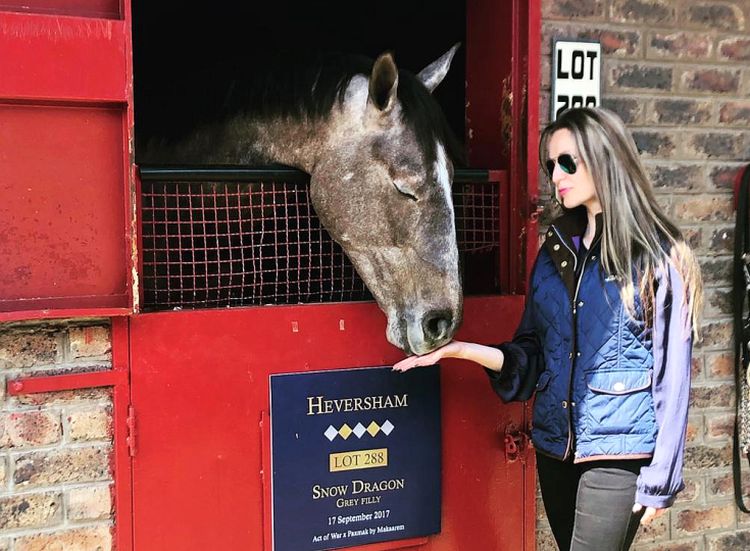 HEVERSHAM Park bred Snow Dragon (Act Of War), made an excellent debut at Durbanville on Tuesday, flying up for second over 1250m and getting under half a length of the winner, Variety Breeze, a CTS Ready To Run Top 20 contender.

Snow Dragon (25-1) came from the backmarkers with her strong finish and trainer Paddy Kruyer says he’ll be looking for a 1400m race for her next.

She’s a daughter of Paxmak (Makareem), who hails from the family of old South African stud-book stars Harry Hotspur and Rotterdam, and shows Kruyer’s former star fillies Princess Faberge and Kournikova represented in her fourth dam.

Kruyer bought Snow Dragon for just R30,000 at last year’s National Two-Year-Old Sale and he said: “She’s a nice filly, straight forward to train and I think she’ll become a miler in time. She should go forward from here.”

Next on sale from Paxmak is an Ideal World filly, going on sale at the 2020 renewal of the Two-Year-Old Sale on 13 November. She represents an interesting cross of speed and stamina.