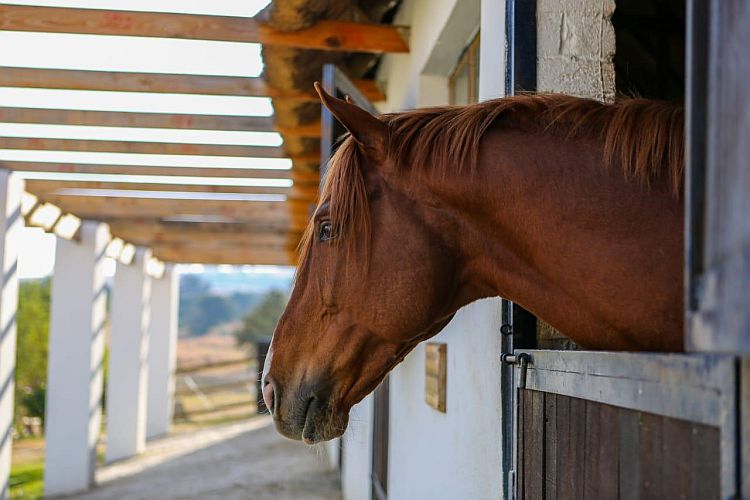 HEVERSHAM Park Farm has announced that Drakenstein Stud will be sending a mare to their resident stallion Wings Of Desire (GB), the superbly performed Pivotal stallion whose first foals are on the ground.

Drakenstein’s young, unraced mare Aspen Colorado (Trippi), will be sent to Johannesburg by float within the next few weeks and the stud’s Kevin Sommerville commented: “Aspen Colorado is a beautiful mare, she was the first foal of the Jet Master mare Jet Belle, who won the Gr3 Poinsettia Stakes twice and was Gr1 placed in the Majorca and the Paddock Stakes.

“Aspen Colorado was one of our best yearlings of her year, but unfortunately she incurred an injury that kept her off the racetrack.

“Gaynor Rupert is keen to support Wings Of Desire. She is a friend of Lady Carol Banford, who owned him in the UK. She’s always admired Pivotal as a stallion and she followed Wings Of Desire closely in his racing career.

“This is a start, we’ll see how this mating goes and consider more support for him at a later stage,” said Sommerville.

Kat Riley of Heversham Park commented: “This is most exciting for us. We’re getting support from one of South Africa’s premier stud farms, and last year’s Outstanding Breeder Of The Year. We’re confident ‘Wings’ will show his worth.

Riley said that Cape and even KZN breeders have been hesitant to support the handful of Gauteng breeders because the bulk of the industry’s breeding operations had moved elsewhere in the last few decades. They hoped, however, that Drakenstein’s support would be an ice-breaker.

“We’ve also been looking for another stallion for Heversham Park, one that can spend a season or two with us. We’d like to host a stallion that’s not getting the support he deserves in KZN or the Cape, because there are a number of owners in Gauteng who will send their mares to a proven stallion from those regions.” –