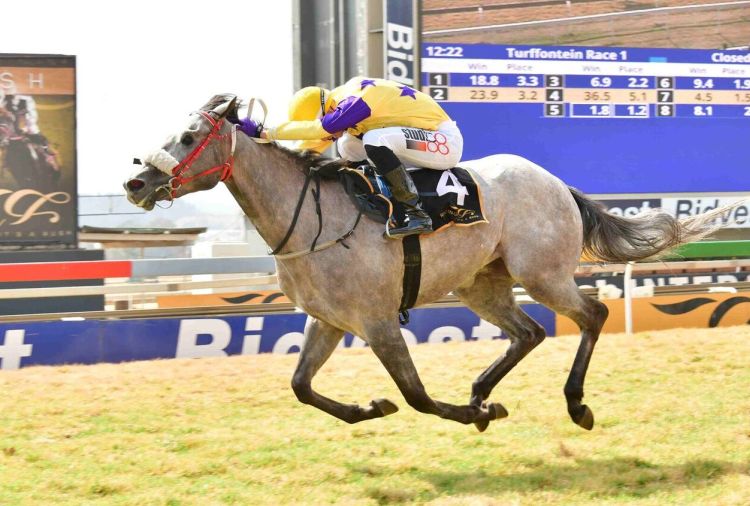 Raised at the farm, Ssnoop (Calvin Habib) won his second attempt at Turffontein last Saturday, just getting up to win a Maiden over 1160m after finishing well behind on his 1000m debut. He started at 20-1 and paid R36 for a Tote win.

Maroun, who is on record several times as saying his young runners always need the run first time at track, and the experience, has been quite complimentary about the grey Ssnoop since he went into training and was vindicated.

Ssnoop is a son of Where’s That Tiger from the El Prado mare Exceptional (ARG), a loss for Brons and Heversham Park as she has died since giving birth to this promising youngster.