The deal with Wings of Desire (GB) 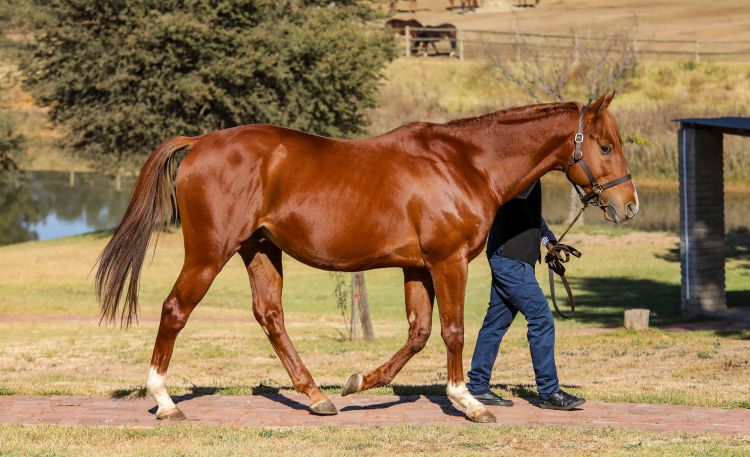 AT a time when most stud farms in the country have reduced the fees of their stallions, Heversham Park Farm has bucked the trend and increased the service fee of their Pivotal-stallion Wings Of Desire (GB) from R25,000 to R35,000 for the 2019 breeding season.

Kat Riley of Heversham Park explained, “Due to Wings of Desire being unable to cover in the early part of the 2018 breeding season, as he was recovering from a colic operation, we pitched his fee fairly low. We were pleased at the response from Gauteng breeders who cannily took advantage of his reduced service fee.

“For the current breeding season, we analysed the stallions on offer in the country and compared them with Wings’ performance and pedigree, and reached the conclusion that R35 000 (R5 000 nomination and R30 000 live foal) was the correct price in today’s market. He is by a proven Sire of sires, out of a prolific stakes producing dam who is a half-sister to a European Champion, and from five runners to date has produced three Gr 2 winners (all of whom were Gr1 placed including two of the English Classics). She also produced Crowned Eagle who in June 2019 finished second in the Gr2 Gran Premio Di Milano in Italy, beaten just three-quarters of a length.”

“We are however well aware of the dire position that South African breeding industry currently finds itself in. It has always been our belief that stallion owners should have some ‘skin in the game’. Everybody is aware of how quickly stallions become fashionable or unfashionable, thus it doesn’t seem right that a breeder might pay a large amount for service fees for a stallion that is fashionable today but is out of favour with buyers when the resulting foal is sold some three years later.

“Accordingly, in order to assist breeders who might find Wings’ service fee unaffordable, and in keeping with our ‘skin in the game’ ethos, we are also offering foal share partnerships, whereby no service fee is paid by the mare owner and the progeny’s sale proceeds are then split on a 75: 25 ratio in favour of the mare owner. We are able to offer this opportunity as Wings has proven to be extremely fertile and virile and able to cover a very large book of mares.”

Wings Of Desire is one of the best performed imported stallions in South Africa. He won the Gr2 Dante Stakes for John Gosden, finished fourth in the 2016 Investec Epsom Derby to Harzand (also at stud) and second to Highland Reel in the King George and Queen Elizabeth Stakes at Ascot, earning a Timeform Rating of 122.

For any enquiries – Hevershams’ Director of Stallions Fred Brons can be contacted at blueprint@thoroughblood.co.za contact number 083 325 8161