The excitement’s all the same! 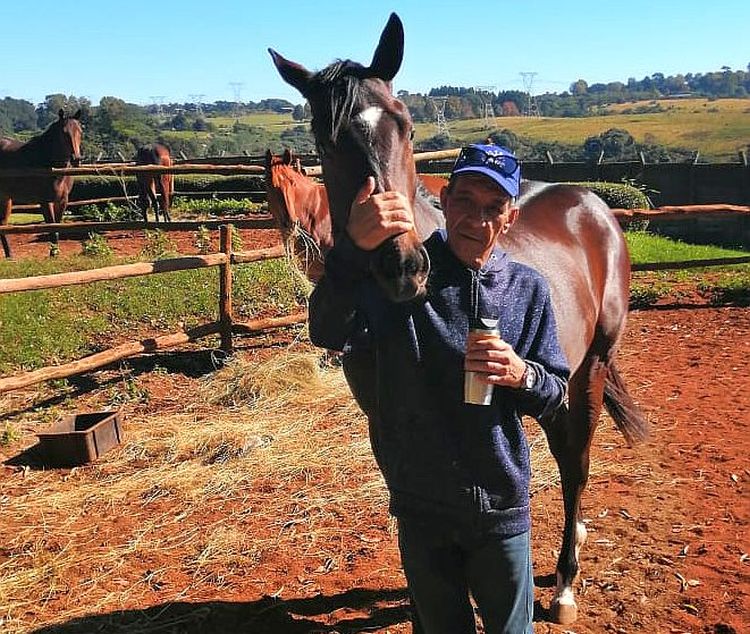 THE bloodstock sales companies often use the slogan “there’s a horse for everyone” when they stage their auctions, and they’re not lying.

The top-priced yearling at last week’s 2019 National Yearling Sale went for R9-million to Sheikh Hamdan from Dubai. There were a few R50,000 yearlings at the bottom of the list, one of them was Capulet’s Heart (Heversham Park Farm), a filly by Toreador, sold to Nathan Kotzen.

Believe it or not, Nathan came to this massive sale with R50,000 to spend, he wanted to buy the sale’s only foal of the late Toreador for that price, and he did!

The Summerveld trainer was as elated with his buy as any of the big hitters who secured the sale toppers and he said: “I was assistant trainer to Mike de Kock when we had Toreador and I spent plenty of time training him in Durban. He has always been one of my all-time favourites.”

Kotzen’s first winner as a licensed trainer was Cumulus, sired by Toreador. He got the ball rolling in September 2017 and has won twice since.

He said about Capulet’s Heart: “She’s small, immature, with lots of growing to do but that is fine. We’ll give her the time she needs. I like her, she’s from a mare called First Again, who won eight races including the Gr2 Ipi Tombe Stakes. There is nothing wrong with that.”

Kotzen saddled Gimmethegreenlight colt Kayden’s Pride (Muzi Yeni) to an easy Maiden win at Greyville on Sunday, took his seasonal tally to 13, almost double the figure of his first full season. He has built his string to 41 horses with some good support from owners. – tt