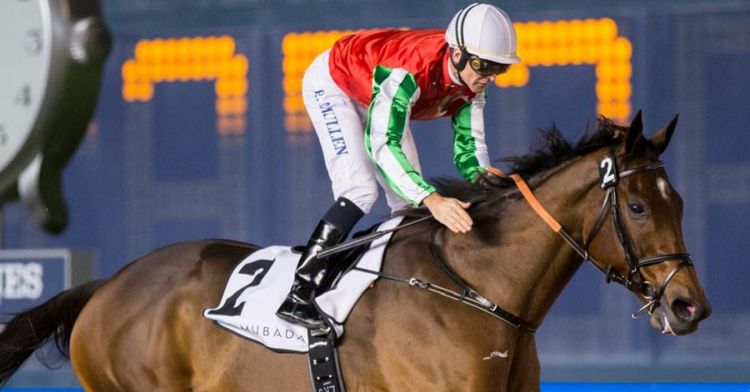 TO say nerves are jangling at Heversham Park Stud in Gauteng ahead of Saturday’s Dubai World Cup is perhaps the understatement of the year.

No, South Africa doesn’t have a runner in the $12 million race, but the stud owns the dam of North America, who is second favourite to land the big prize at Meydan racecourse.

The mare Heversham own is named Northern Mischief and is currently housed in Ireland – victory for North America would be a massive boost for her broodmare standing.

“We acquired her cheaply just before North America won his first race – she’s had a colt by Dandy Man, is in foal to Ballydoyle stallion Churchill and is booked to visit Acclamation,” explained Heversham owner, Nigel Riley, yesterday.

“I am toying with the idea of catching a plane to Dubai to watch the race, but if that doesn’t happen we’ll be glued to the TV,” added Riley.

Riley – a leading Advocate in Johannesburg – and his partner, Fred Brons, are determined to bury the myth that the only provinces to breed horses in this country are the Cape and KZN. They want to re-establish Gauteng as a thoroughbred bloodstock breeding hub.

Heversham held a party for prospective buyers at the stud – situated halfway between Johannesburg and Vereeniging – last Saturday where their two stallions, Moofeed and Wings Of Desire, were paraded. The latter was a top performer in the UK winning the Dante Stakes at York and finishing fourth in the Investec Derby.

The 3-1 favourite for Saturday’s Dubai World Cup is last year’s winner, Thunder Snow, who is trained by Saeed bin Suroor. However, North America, last in last year’s race when something went amiss, has emerged as a big threat this time with the son of Dubawi winning two rounds of the Gr 2 Maktoum Challenge.  – David Mollett, Business Day.