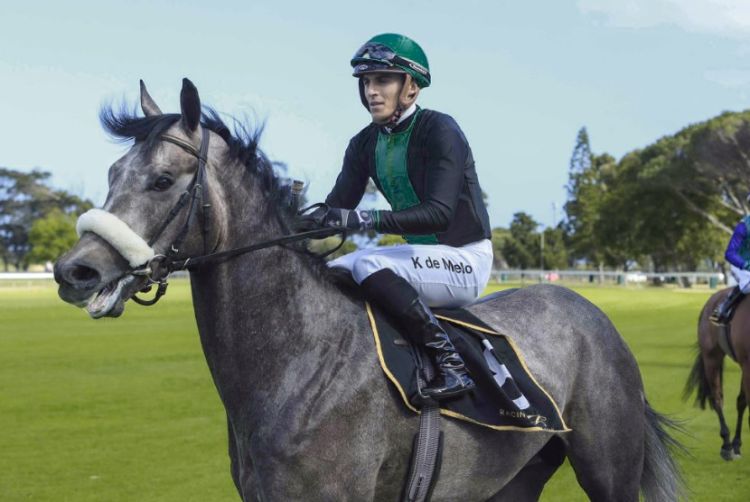 HERODOTUS was shrewdly bought from Heversham Park Stud at the National Two-Year-Old Sale in 2017 – testament to Justin Vermaak’s policy of doing his homework at the sales grounds and his skill in picking them, and trainer Glen Kotzen soon confirmed that the grey colt by Trippi was showing plenty of ability at his Woodhill Racing base.

Herodotus has taken his home form to the racetrack with two wins and two places from four starts this season, the latest a most impressive win in a MR80 Handicap over a mile featuring three-year-old counterparts Crown Towers and Capoeira, both also highly thought of.

He won by 1,25-lengths in a time of 97,41s, interestingly almost 2s faster than the time set by Head Honcho, a Gr2 stakes winner who picked up his seventh career win in a MR99 handicap over the same trip just half an hour earlier.

“What an exciting colt, well done to all our clients,” said Justin.

Herodotus will be aimed at the Concorde Cup (Gr2) over 1600m (formerly Selangor Cup).